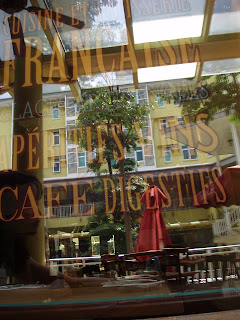 I really don't know what it is that fascinates me about France -- or things that are french. I haven't even been to France. The closest encounter I've had with anything french is my french language class in college. That is why, unfortunate as it may be, I can only mutter a few french words. I was glad I took that class because when I visited Montreal, Quebec, I would've scalded my hands at a public restroom had I not understood what F (froid) and C (chaud) meant.

Maybe it's because of all the movies I've watched that portrays France, specifically Paris as one of, if not THE most romantic city in the world. I would really love to visit the Louvre and spend an entire day looking at probably the most beautiful collection of sculptures and paintings of all time. I would love to sample different wines and cheeses or nurse a cup of chocolat chaud in a Parisian cafe while savoring the sights and scents of the city. Dessert Comes First even featured this city a few years back and boy, was I green with envy.

I could get lost in the streets of Paris, simply looking at pretty little shops or visit a quaint little marketplace and just be delighted with familiar produce with french names. Simple joys, really.

I can't say I'm interested in fashion or buying designer bags or shoes. I remember watching The Devil Wears Prada and the snooty assistant was so eager to go to Paris for the annual fashion festival. Ho hum, I say. I'd rather spend an entire day at a bakery or pastry shop. Whatever the reason is for my affection with France, I'm definitely not leaving this world until I set foot where the Eiffel Tower is located. :-)

Back here in Manila, should you decide to put a little french touch to your wedding, aside from Le Souffle at the Fort and the Champagne Room at The Manila Hotel which both serve impeccable food, you might want to check out some places I've visited recently: 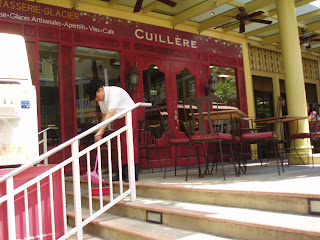 Cuillere (kwee-yer) is one of those restaurants in Serendra I've been wanting to visit since last year. Whenever I'm in Serendra, I only get as far as checking out the stores in Bonifacio High Street and then reward myself with Sonja's cupcakes. Last week, my sister and I finally had the time to enter the little French cafe in Serendra that is Cuillere. From the outside, it really looks like one of those Parisian cafes I only see in photos and movies. Inside though, it's a regular restaurant with one of the walls painted with flowers. 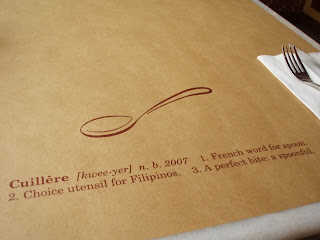 My sister ordered pasta and I ordered the baked chicken. Might not have been the best in the menu, but it was ok for my first visit. I did enjoy my milkshake though -- I guess this is because the owners are the same makers of Arce Ice Cream. Slurp.

Cuillere caters for weddings and corporate events and has established itself as one of the best caterers in the Metro Manila. 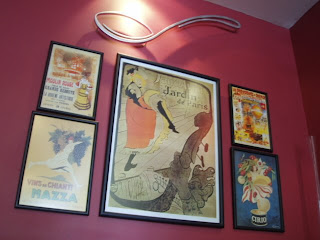 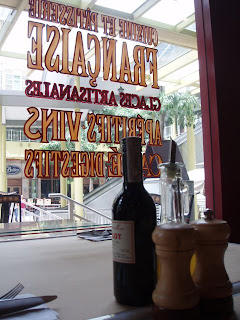 January of this year, the owners of Firma opened a new shop in Greenbelt 5, AC+632. I never really thought about why the store was named as such until I told my boss about it and she told me that it was "area code +632" -- Manila's area code. Ohhhkayyy. 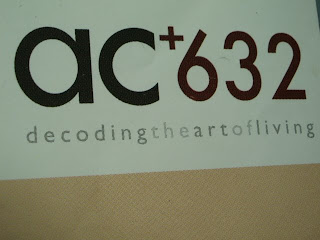 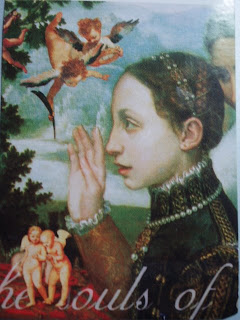 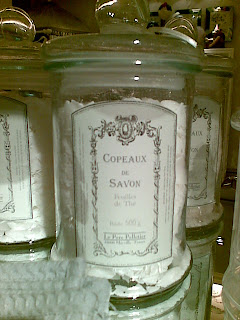 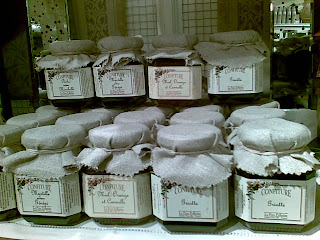 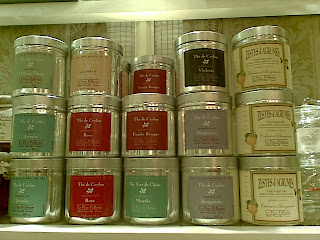 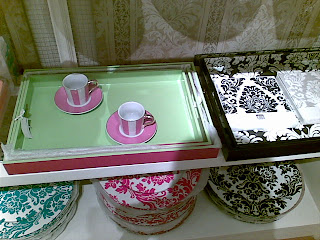 I was just curious what the store offered and discovered delightful things inside that could either be wedding gifts (for the couple), souvenirs or entourage gifts. It had fancy soaps, incense, tea, colorful plates and cups, garden tools, accessories, journals, and I went out of the store with a new pair of earrings. If you want wedding keepsakes with a french "feel" to it, AC+632 might just be the place you're looking for.

Big and small weddings (and attending during the ceremony only) 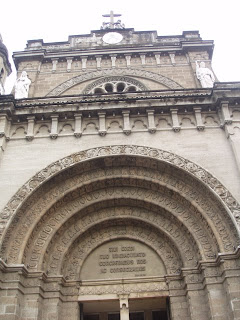 Last December, I attended the wedding of my hubby's churchmate, Dindin. Actually, the last I heard was they she and her boyfriend (now husband), Nickson(?) had broken up so I was surprised to find out that they were getting married. Most of the people close to Dindin and Nickson were able to witness the couple’s challenges prior to the date at the altar. But as they say in the vernacular, “pagkahaba-haba man ng prusisyon, sa simbahan din ang uwi” (or something like that). Some people may think of challenges prior to a marriage as something short of a premonition of things to expect in the future. On the other hand, if two people can overcome whatever problems are thrown at them before the marriage, everything else that happens after the wedding may just be a walk in the park. 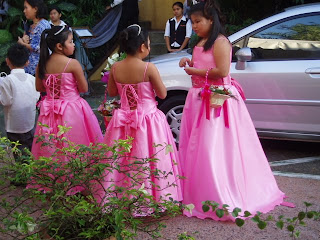 It was an intimate affair wherein both the ceremony and reception was held at a quaint events venue in the heart of Marikina. Sadly, some of the guests were not able to make it due to the inevitable Christmas rush. Hubby and I, after finishing the ceremony weren't able to stay for the reception as well because of work. That said, it was heartwarming to see all of Dindin's friends and relatives wiping tears of joy during the ceremony.

A month after Dindin’s wedding, hubby and I attended the wedding of young actress Maybeline dela Cruz and her now husband, Mike who currently holds public office in Dagupan where the newlyweds are now based.

Now, we all know what usually happens when we mix showbiz weddings with politics…chaos! Kidding aside, half expecting a battalion of bodyguards and wedding coordinators running amuck, I was so glad to see that I was the only one walking around Manila Cathedral taking as many photos as I could to preserve memories of what must've been one of the most elegantly, solemnly executed weddings in the last decade or so. No paparazzis, no overly glaring lights, no screaming and whining children from the entourage, all cameras were set near the altar and during the exchange of vows, you could've heard a pin drop. Definitely NOT your typical showbiz nor political wedding at all! I guess it helped that Manila Cathedral, a favorite venue for grand weddings, has strict guidelines when it comes to the ceremony requirements. First time photographers and videographers have to go through a seminar before the wedding to ensure that they follow the Cathedral’s rules and regulations.

Kudos goes to the couple, especially Maybeline who personally chose the wedding details and supervised everything from start to finish. It was even raining that day, and her reception was held by the poolside of the Coconut Palace with over 500 guests all over the country. But bless Maybeline, her positive outlook and personality wasn't affected by anything.

Sadly, again, because of work, hubby and I couldn’t make it to the reception. I would’ve wanted to see the all-white floral set-ups, Maybeline serenading her husband, followed by a dazzling fireworks display. Sigh.

Here are some of the photos I took before hubby and I made a french exit: 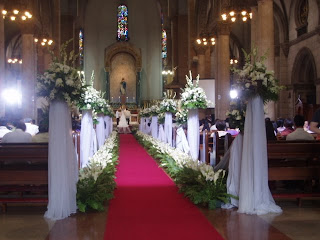 A full shot of the altar and the couple 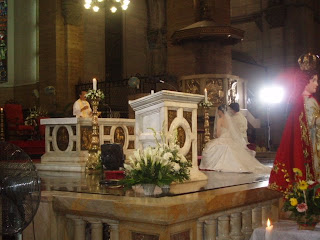 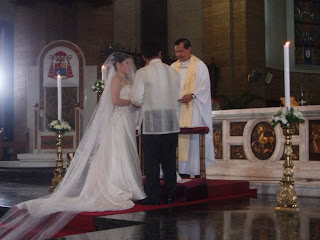 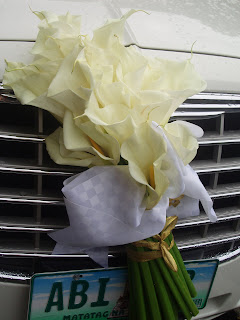 Calla lillies on the wedding car for the all-white wedding theme
To Dindin and Nickson, Maybeline and Mike, Congratulations and best wishes!
Posted by Meleen Carlos at 9:32 PM No comments: