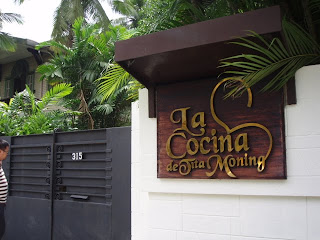 Being the kitchen-challenged gal that I am, I decided to order food for New Year's Eve dinner at La Cocina de Tita Moning, a 1937 ancestral house in the district of San Miguel, Manila. I've only dined here once and I've been meaning to try out their other menus but I've been postponing like anything. Maybe it's because the place is so near to where I live that I want to try other restaurants somewhere not so close to home -- like somewhere which requires me to pay toll. Haha.

Going to La Cocina has been a tradition for me and hubby during the Christmas season because this is where we buy gifts for friends and relatives. Everyone raves about the Queso de Bola spread and other goodies you can only buy at La Cocina like the Salsa de Monja, a tangy side dish made of pickled shallots and olives. 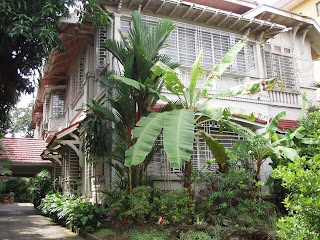 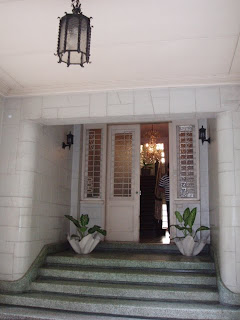 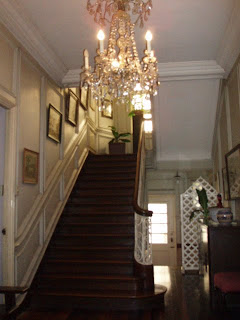 For some reason, ancestral houses fascinate me and that's what first attracted me to La Cocina. There's something about historical things that make me gush. So when I first dined at La Cocina, it was a historically sensory experience for me -- the antique china and flatware, the vintage collections in the different rooms of the house, and most especially, the heirloom recipes. 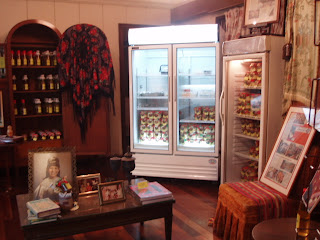 For new year's eve, I ordered two days in advance their slowly roasted pork with candied camote and their famous bread pudding. On new year's day lunch, my cousins didn't give the bread pudding a chance to settle -- it was gone within minutes, and to think I ordered the biggest size. Yup, that's how good it is.

As chance would have it, when I picked up my order on new year's eve, there was a table setting for a couple. The attentive staff told me that the man was going to propose that evening. How's that for starting the new year? Awww. 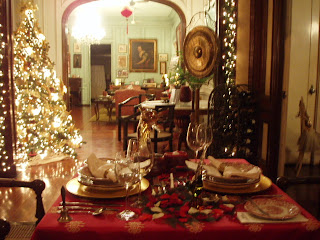 On the second floor was a dinner setting for a couple on New Year's Eve. They were still munching on appetizers at the patio when I took this photo. 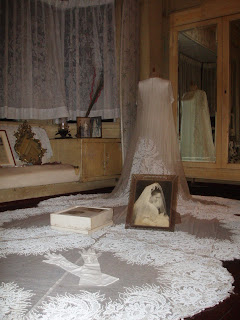 Couldn't resist taking a photo of Tita Moning's wedding gown which I was told has been passed on (and used by the succeeding female Legardas)
Hubby and I once considered La Cocina de Tita Moning as a possible wedding reception venue considering its proximity to San Beda Church where we got married. However, the dining room can only accomodate a maximum of 30 heads and we were estimating 150 guests. Using the garden and patio area was not an option because we wanted a morning wedding and that would mean exposing our guests to the sun and heat for a lunch reception. Yes, I suppose we could've used tents but still, it may have been humid for an August affair.

With the limitations of the venue yet thinking of the good food, I would recommend having a Despedida de Soltera or like some bachelors have done, stage your marriage proposal at La Cocina for a romantic turn of the century feel.

ALL LUNCHES AND DINNERS ARE STRICTLY BY RESERVATION